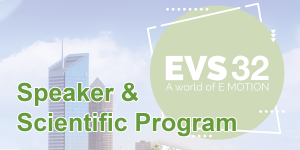 Speakers line up for the EVS32

Bringing together a group of mobility and infrastructure is always a challenge – finding the balance between knowledge and debate is another reserved for symposia. Here you can read all about the most important speakers at this year’s EVS32 and why they will be there. 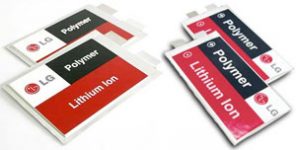 Bavaria to install fast-chargers fast: Bavaria’s interior minister, Joachim Herrmann, announced his plan to install fast chargers at all 68 motorway service areas of the German federal state by the end of 2015. To bridge longer distances between them, additional chargers could be erected at smaller rest areas.
pnp.de (in German)

Fast-charging is not as damaging as expected, a recent study of the Idaho National Laboratory (INL) concluded. Four Nissan Leafs were charged in pairs with one being charged fast (DC) and the other at Level 2 chargers. The battery capacity was then measured at at 10,000, 20,000, 30,000 and 40,000 miles and only minimal differences could be found.
simanaitissays.com via green.autoblog.com, avt.inel.gov (presentation as pdf)

Public display of affection: The German state of Baden-Württemberg is the undisputed territory of Porsche, Mercedes and Audi. At least until the state’s transport minister Winfried Hermann publicly posed with a Tesla Model S. While the green-party minister is convinced that electric cars are the way to go, local patriots were not particularly amused.
bild.de (in German with photos)

Study with EV owners: DLR, the German aeronautics and space research centre, has asked 3,111 owners of electric cars about their usage patterns and satisfaction. 84% of private users would recommend an EV to others while half of the commercial users are planning to buy another one in the near future. Most EV owners were male and went through higher education. 50% had a household net income of between 2,000 and 4,000 euros a month which contradicts the assumption that EVs are mainly for the wealthy.
dlr.de (in German)