Joint EV from Japan? Toyota and Mazda are planning to issue an electric model together, Motoring reports. The new EV would apparently have the size of a BMW i3 and target U.S. and Japanese markets. It could be the first result of the new partnership the two companies announced recently.
motoring.com.au 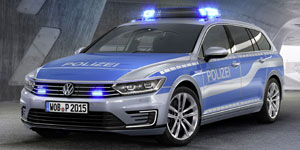 Passat PHEV pricing: The new VW Passat GTE is now available to order in Germany. Prices start at 44,250 euros and go up to 45,250 euros for the station wagon. Range for the hybrid Passat is given as 50 kilometres while the system comes with 219 hp.
autobild.de (in German)

Piquet wins Moscow ePrix: Nelson Piquet Jr. has won the latest race of the Formula E and extended his championship advantage with only one event remaining. Sebastien Buemi lost his second place in the Moscow ePrix after his e.dams-Renault team was penalised for an unsafe release.
autosport.com, fiaformulae.com, youtube.com (highlights)

Preview of Maserati-SUV: Patent drawings that surfaced on the internet give a first impression of the Maserati Levante SUV, which is scheduled to debut at the NAIAS 2016 in Detroit. The SUV is believed to be offered as a PHEV variant by 2017 (we reported).
autoblog.com, autoweek.com (Detroit 2016)

Spied: The Maruti Swift Range Extender has been photographed close to Maruti’s factory in India. It is aid to run 25.5 kilometres in pure electric mode. The next generation Swift might be offered as a mild hybrid for the Indian market by 2017.
indianautosblog.com

Battery myths, EV subsidies and privileges in the U.S.