Subscribers charge cheaper: For a monthly installment of 7.95 pounds, EV drivers can charge at Chargemaster’s POLAR stations in the UK for 9 pence per unit. 80 percent of the network’s charge points are free to use but subscribers collect points with each charge that can be exchanged for week-long loans of iconic electric cars.
evfleetworld.co.uk

Green rides: Private cab company Addison Lee is switching into electric mode whenever its hybrid cars enter one of four designated inner city zones in London. The change is triggered via geofencing. The City of London Corporation is asking other taxi firms to join the scheme as well.
airqualitynews.com

Green county: Ulster County in the state of New York has installed nine EV charging stations. They are free to use and were financed through state and federal grants, as well as county labor.
dailyfreeman.com 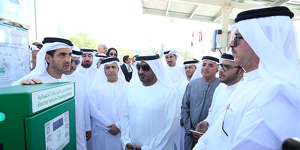 Update Dubai: The desert state has installed 16 of its planned 100 EV charging stations. The missing 84 solar-powered charging spots will follow before the end of the year.
gulfnews.com, greenpowertrain.automotive-business-review.com

Electric delivery: Scottish courier company SGM Distribution added two Mercedes Vito Ecell to its fleet. The electric vans will serve in the Granite city (Aberdeen), where the company had tested them prior. A charge point will be supplied and installed at the HQ by Siemens.
aberdeenbusinessnews.co.uk