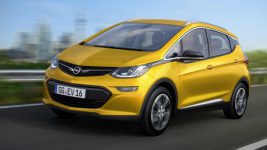 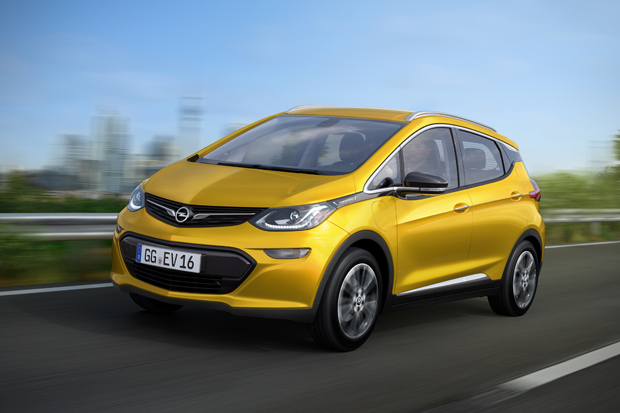 Now it’s official: Opel will release its first all-electric model in 2017. General Motors CEO Mary Barra announced the news personally at the Car Symposium in Bochum today. The Ampera-e, which will be based on the Chevy Bolt from parent company GM, will most likely premier at the Salon d’Auto in Paris this October. The open secret has therefore been turned into an official roadmap and a move to challenge the EV industry. Because based on what we know about the Chevy Bolt, the car has got the lot. Thanks to an impressive 60 kWh battery pack, it can go up 200 miles (or 320 km) on one charge, raising the bar for other EVs in its class.

Pricing is also very competitive. The Chevy will sell for 37,750 U.S. dollars (33,500 euros). Even if Opel rounds up that number a little and prices the Ampera-e at 35,000 euros, the likes of BMW’s i3, the Mercedes B-Class Electric Drive or VW e-Golf will not be able to keep up. Especially not in terms of range for the money. The Ampera-e sports a modern look, but is not as futuristic as i.e. the i3. And unlike the Bavarian EV, the electric Opel has five full seats.

Today’s announcement also crushes the hopes of those who wanted to see the new Chevy Volt hit European streets in form of an Ampera II plug-in hybrid. Meanwhile, GM and Opel make it clear that they will not let newcomers like Tesla get the better of them. After all, the more affordable Tesla Model 3 is also scheduled for 2017. GM seems to understand that there is only one way to stay at the forefront of the auto industry: innovation. If one believes current rumours, Volkswagen will not launch an economy EV before 2018 or 2019. BMW has promised the next generation i3 for 2017, but with how much range remains to be seen. 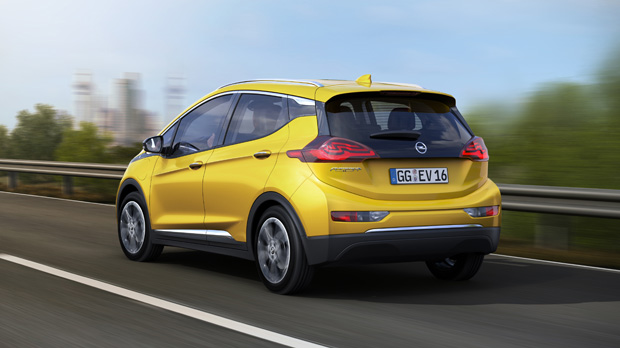 Another interesting question is: what type of charging concept will Opel go with? GM is hawking around that the battery can be charged up to 80 percent in around 60 minutes. That suggests that Opel will opt for the CCS fast-charging standard, as CCS stations currently deliver up to 50 kW. Since Opel is also part of the CharIN initiative, which aims to increase CCS’ charging capacities to 150 and later even 350 kW, it seems as though the German auto company already decided which road it wants to take.
forbes.com; reuters.com; businessinsider.com