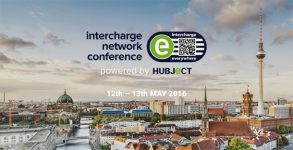 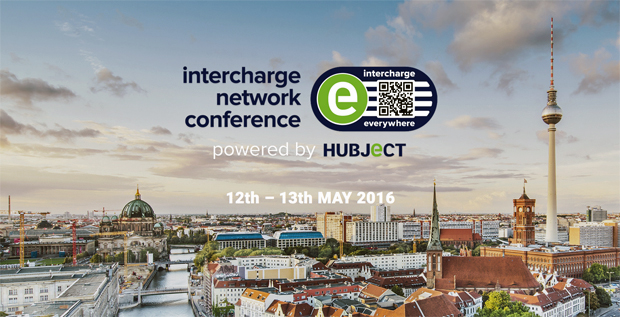 As media partner, we are live at the intercharge network conference this Thursday in Berlin. It is one of the most important conferences for interconnection, digitalisation and innovation for electric mobility. We will keep you up to date (live!) on what the experts have to say about interoperatibilty and the future of borderless charging. Take a look at the upcoming speakers here. 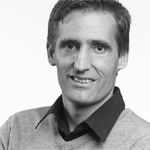 In his speech, Sillober, Director of Products and Services & Digitization, wants to answer the question why digitalisation matters. As an energy provider, he obviously focuses on the production and usage of energy and the predictability and optimisation thereof. The energy to charge hundreds of EVs is there: he says that the offshore windfarm Baltic 1 alone produces enough power to charge 180 Porsche Mission E. But there is another focus: customer experience and new business models. EnBW wants to build a digital transaction platform, i.e. giving customers “50 percent off at Starbucks while they charge.” These additional services, Sillober says, will lead to new business models and generate revenue. While this will feel easy to use for the customer, it will be quite a challenge for the energy provider.

“Free will not last forever.” – Kristof Vereenooghe, CEO of Dutch company EV-BOX, says that charging at home will be the most important place to charge, as charge point operators (and even Tesla) will need to begin taking money for letting people plug in. 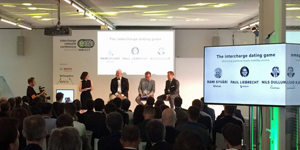 Things are getting interesting! This next panel talks about new innovative mobility service… and set this up like dating show on TV! Hubject gets to ask the “candidates” to pick one for a romantic day at the intercharge conference. Rami Syväri (Candidate number 1) from Fortum says that his company being from Norway, a emobility heaven, makes it so “attractive.” Paul Liebrecht (Candidate number 2) from swisscom says “we are loved with neutrality” and swisscom can deliver a neutral solution to connect to Hubject. Nils Dullum (Candidate number 3), from CleanCharge says that want makes him so special is that his company listens to the customer and “will try everything at least once”.

Rami Syväri (Candidate number 1) from Fortum believes that Hubject is creating a platform that brings international players together and could hopefully use its position of being in the middle to help smooth communication and “sending papers to each other partners.” And the nice thing about intercharge is that there is one protocol that brings all standards or “languages” together.

Paul Liebrecht (Candidate number 2) from Swisscom says that he can also benefit from the other “candidates” because Switzerland is not in the European Union and by having a common “contract,” it helps cooperation across borders. He takes the mic and poses a question the audience – should carmakers also be the ones to put up charging stations? In his eyes, Tesla thought emobility to the end, because they are not just providing the car.

When asked about what services are needed for the future, Nils Dullum (Candidate number 3) from CleanCharge counters with the question whether Hubject has ever slept in a bunk bed with anyone. Because, he says, there is more room in a big bed and “you can invite more people in.” And that is what they are doing – leveling the plane field so others can “jump in.” He also says that his country (Denmark) is a gateway for the “Fins to find their way to Europe.” The key is to cross borders. And to stick with the game theme, Muriel from Hubject did have to choose a “date” at the end. She didn’t 😉 – saying they are all winners and that Hubject needs all its partners equally. 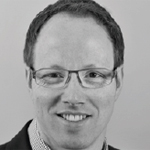 RWE’s Head of Business Transactions called for a common international data standard for EV charging to allow for more exact billing and for the customer to just plug in. “Side solutions” need to be avoided, he says showing a picture of a mount of charge cards. “This picture is real,” he says. “And we need to avoid this.” The utility supports all sorts of charging – AC and DC – and works with a range of customers in Germany. One of them is Tank & Rast, where RWE installs fast-chargers at motorway stops. 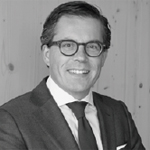 The EV-Box CEO explains why he believes that electric driving will be the next big thing. Annual EV sales have been growing, with China being the most important market in that regards. EV BOX has more than 40,000 EV chargers installed. In the Netherlands, the company’s home market, there are 30,000 households who charge at home or at work. They want to be reimbursed. Also Smart charging (load balancing) is becoming more important. As the number of EVs grows, charging infrastructure has to be adopted. Vereenooghe also says that software is becoming more important, as is data security. 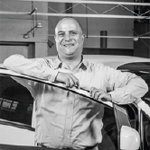 The Director of Emobility Solutions presents a project Bosch has brought to live in Singapore. It focuses on the interconnectivity and interoperability of infrastructure to allow EV drivers to plug anywhere. The company provides an app where people can find chargers and pay for the service; a system they hope to at one point integrate in the car itself. That will also be important once more automated cars hit the road. Bosch is one of the founding members of Hubject.

The moderator switches things up a bit, letting the panel ask the audience a question. Friedemann Bay from Bosch asked what they feel is still missing from the emobility scene. One hand goes up immediately. His answer: “Reliability.” Another issue seems to be availability. The conversation now turns to standardisation of charging infrastructure – do we really need it or are companies putting too much emphasis on that? Needless to say, there were supporters of both sides and there was little grey area. The answers were either “definitely yes” or “possibly not.” 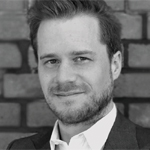 The Hubject CEO gives some insight about the consortium, which was funded back in 2012 and wants to set up an eRoaming network. That takes time, Daiber says. Just the idea that Hubject wanted to do something “cool” won them “zero” customers in their first year. When the platform worked one year later, they signed their first partners. And 2015 they had their first comprehensive network in Central Europe.

For Daiber, the benefit for interoperability is quite clear: The eRoaming network increases with every partner and charge point. But they don’t want to force anyone into a certain type of access technology. He says a real benefit is that thanks to digitalisation, even small start-ups can connect to the platform and that it enables international scalability. Because for electric mobility to work “we cannot exclude anyone.”

Digitalistaion can also help in other areas. Hubject has develop a system that will communicate in real-time not only if a charger is available, but also if the parking stall is free. NEW: Daiber introduces Hubject’s reservations function for the first time. EV drivers will be able to reserve a charger from different operators that are part of the network.

According to Daiber, people used to say that once there was direct payment at EV chargers, interoperability was no longer needed. But research projects in Germany showed that even when the option was available to them, EV drivers used their charging cards. He even believes that the latter could one day be integrated directly in the car.

When asked by someone from the audience why the Czech Republic is not on the map, Daiber promised that won’t be the case much longer and that talks are underway. 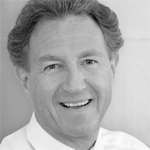 The Parliamentary Secretary for the German Federal Ministry of Transport says that his ministry combines the subjects of mobility and digitaliation. The government is working to digitalise the transport sector to allow interconnection and automatic driving. He says that “connectivity will be the winning feature of future mobility.”

He also mentioned the recently decided incentives to push EV sales in the country. The government will foot part of the bill, contributing up to 3,000 euros when people here buy a purely electric car and also invest in charging infrastructure across the country. He hopes the conference will lead to interesting talks that will push the discussion on electric mobility even further. When asked about why the government introduced subsidies now and not earlier, the moderator called it “a little late,” he said that it was a difficult discussion – even now. 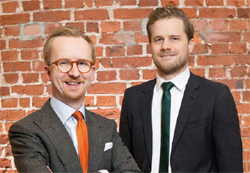 The Hubject CEOs Thomas Daiber & Christian Hahn open the conference, welcoming 300 guests from 19 countries to Berlin. This is the fourth time the consortium is hosting this conference in the German capital to discuss seamless charging across cities and countries. The main topics this year are innovation, digitalisation (and how to build new business models with the help of digitalisation), and interconnection.