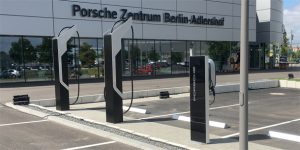 Porsche drivers opting for the Mission E once it hits the road by 2019 will not have to compromise as Porsche is taking their mission rather serious. VW’s sports brand today opened the first public charging site featuring its liquid-cooled 800 Volt technology and we were at the launch.

Porsche Germany’s CEO Jens Puttfarcken’s vision is clear: “Once the E hits the market in 2019, buyers shall have peace of mind to travel around Germany in the first series electric car with 800-volt technology.” And preparations have started now at a brand-new branch in Berlin-Adlershof that includes the first public fast-charging park with the 800-volt technology developed by Porsche Engineering. The first two such charging stations with 350 kW capacity just opened in the south of the German capital. They cover 180 to 950 volts and also offer lower charging capacities such as 50, 80 or 150 kW all via the Combined Charging System (CCS).

The Berlin charge park is ready to accommodate another two high-voltage charge points, while two AC stations for Volkswagen’s plug-in hybrid models complement the site. All eyes will be on Porsche’s high power chargers however, and their futuristic design drawn up by Porsche Engineering was called “close to serial” by experts on site. Michael Kiefer, who heads the High-Voltage Systems at the Porsche subsidiary, clarified that the optics are in fact final because the system is already undergoing certification. 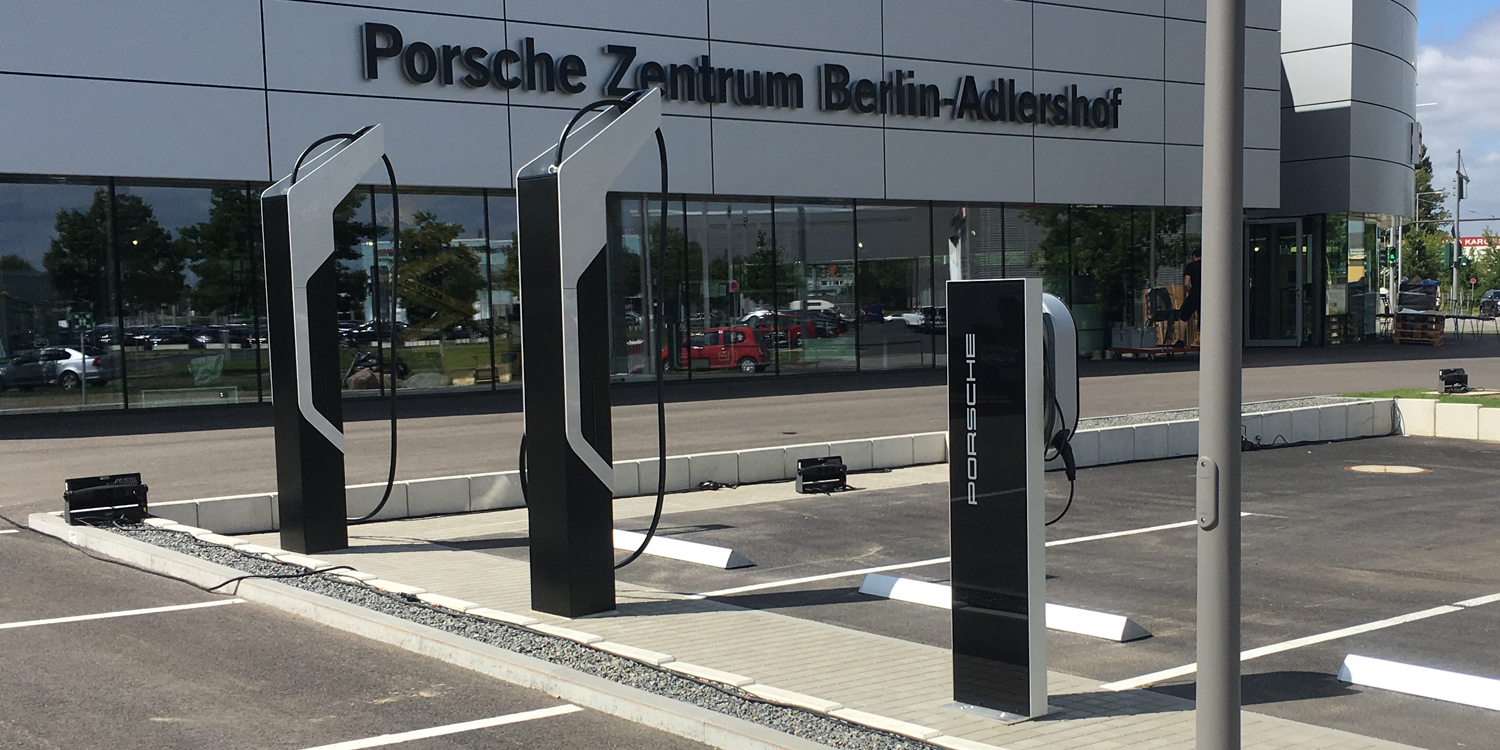 For Kiefer, high power charging based on 800 Volt is the future and it took him and his team of 70 two years to come up with a solution to the following problem: DC charging currents of several hundred amperes put an extreme load on the cables because they get so hot. At the same time, wire size is limited because the cables would become too stiff to manage at a certain point.

Porsche’s solution is to cool the charging cables as well as the entire area with a liquid made from a glycol/water mixture. If necessary, the same solution can also heat the cables to prevent them from rigidity in minus temperatures.

Adlershof, Berlin’s third Porsche center thus got the most powerful loading infrastructure in the Republic probably. It will be accessible during the store’s opening hours but will not go online autumn. Use will be free of charge at least until the back end is final.
“This facility marks the start of serial production of electric mobility at Porsche,” says Kiefer. Test runs with other electric vehicles such as the BMW i3 and VW e-Golf as well as prototypes of the Mission E will happen here in the future. Meanwhile, a second public facility is under construction at the sports carmaker’s U.S. headquarters in Atlanta.

The pioneering charge points with a CCS connector each, feature a display and card reader and also a heat exchanger and charging controller. DC counters for an accurate account of the current output are to follow. The six to seven kilo light cable has a length of 6.5 metres and is hanged high enough to not brush the ground. The coolant that runs underneath the sheath and envelops the inner cable is clearly feasible and reaches close to the contacts. The connector design is particularly handy and conveys high quality one would expect from a premium brand. 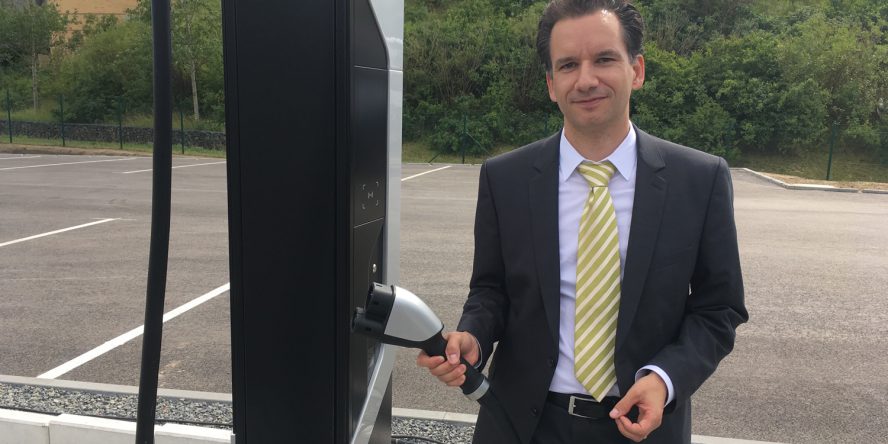 To ensure 350 kW will be delivered consistently, the Berlin station has got its own substation that connects to the medium-voltage grid in this case. While conventional transformers rely on one coil, Porsche here designed the system so that each HPC charge point got its own. “This ensures that each charging point always delivers the full power of up to 350 kW,” explains Michael Kiefer and adds that the facility achieves a total efficiency of a remarkable 97 percent. In front of the dark transformer stand the so-called flexboxes with power electronics and cooling.

According to Porsche Germany CEO Jens Puttfarcken, the company is currently looking into equipping all the country’s Porsche branches with such 800-Volt charge parks. Two HPC charging stations could soon be the standard. Wherever there is no connection to the medium-voltage grid, stationery storage shall buffer peaks to guarantee the full 350 kW. Porsche will do anything but compromise, it seems. “There won’t be any power-sharing like at Tesla Superchargers,” says high-voltage expert Michael Kiefer, not without pride in light of this holistic approach. Porsche puts the bar high, this world premiere of High Power Charging shows.