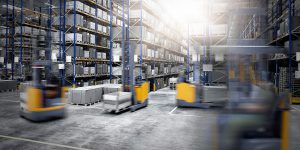 It’s the biggest Li-ion contract ever for Jungheinrich that has won an order over 1,000 industrial trucks equipped with lithium-ion batteries. The client prefers to stay anonymous but the trucks will go on to serve across Great Britain, France, Italy and Germany with more than 700 of the trucks designed to pick orders vertically in narrow aisle warehouses. Jungheinrich assembles its own batteries and has experienced an annual 300% increase in sales of lithium-ion packs over the last three years.
jungheinrich.com

British post to deliver e-mail: Royal Mail decided to buy 100 electric vans and install charging infrastructure across its network. The Peugeot Partner L2 Electric will be used around the UK for delivering letters and parcels, following Royal Mail’s extensive trials. The Partner’s range is at 106 miles and the electric vans will go into service this December.
telegraph.co.uk

NewMotion expands: In France, NewMotion clients can now access 3,500 charge point after the EV infrastructure provider incorporated another 2,700. Overall, NewMotion’s network spans over 50,000 EV charge points in 22 countries and in France, their use if free of charge through to September, 21.
autoflotte.de (in German)

FastNed is growing although first in revenues that have increased by 119 percent YoY in the first half of 2017. Sales volume of kWh saw a 125% plus. The Dutch now operate 63 stations on their home turf and have since reached Germany, the UK, and Belgium, while they raised funds repeatedly.
fastned.nl

Charging corridor: Details on Queensland’s EV super highway (we reported) have emerged and specify eighteen fast charging stations. The rollout will take place over the next six months.
brisbanetimes.com.au, news.com.au