2170 cells are confirmed for the Model 3 – thus, recent rumours about Tesla using larger battery cells referred to as 4416 turn out to be wrong. In its second quarter report, the Californian-based EV maker explicitly states that indeed the 2170 type of battery cells are integrated in the Model 3.
teslarati.com, files.shareholder.com 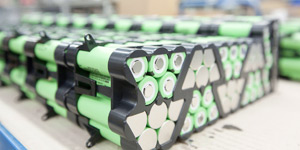 TerraE to fix location decision in September? The TerraE Holding has been founded roughly 3 months ago and hurries now to decide about a site for its battery cell plant: By September, it intends to choose one candidate among five potential locations. Referring to TerraE CEO Holger Gritzka, Bloomberg reports that Germany has good chances, but also neighbour countries are still in the game. That sounds a bit different than a recent press release that put the focus on „two sites in Germany“.
bloomberg.com

Rallycross promoter confirms EV plans: Speculations about EVs competing in the FIA World Rallycross Championship are not new, but now promoter IMG states that talks in this direction with carmakers and the FIA are progressing. However, kick-off for an electrified Rallycross series could be not before 2020.
motorsport.com