Batteries from China at IAA: Contemporary Amperex Technology (CATL), who recently opened offices in Berlin and Munich, will put its five main products on display at the show in Frankfurt. The battery modules EnerSpeedy, EnerDura, EnerMagic, EnerClimate and EnerLasting bear telling names.
automobil-industrie.vogel.de (in German)

GKN drive for electric and hybrid cars: Based on its Twinster tech, GKN has developed an eAxle equipped with a two-speed powershift transmission and will bring it to the IAA. It can be utilised for both hybrid and electric vehicles, no matter if they got a front-wheel, rear-wheel or all-wheel drive.
springerprofessional.de 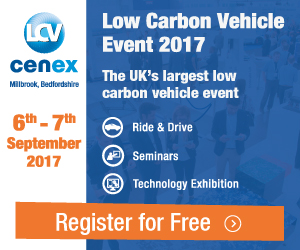 TU Munich wins Hyperloop: Elon Musk is seeking the best Hyperloop pod prototype and part two of the contest has just taken place at SpaceX in Los Angeles. Again it was TU Munich’s team WARR that got the fastest capsule. It shot through the test tube with a speed of 324 kph driven by a 50 kW electric motor. The pod weighs only 80 kg and was the smallest in the race against the Swissloop team from ETH Zurich and Paradigm Hyperloop from Newfoundland.
tum.de

Autonomous pizza delivery: Ford and pizza chain Domino’s will begin delivering pizzas in Michigan in a Ford Fusion Hybrid equipped with self-driving technology. The delivery vehicles initially will be piloted by human drivers but in New Zealand, Domino’s already tested drones to take the box to the doorstep.
venturebeat.com