Borgward brings coupé: It is one of the sweeter surprises at this year’s IAA, the all-electric Isabella by Borgward. While the revived brand had mainly SUV plans, it draws from its history for this concept that comes in a modernised and sleek form. The e-Isabella bears two electric motors with a combined 220 kW. While Borgward speaks of 500 km range, it is unclear whether this racy four-door EV will ever see a production facility from the inside.
electrek.co, autocar.co.uk

Power hybrids by Toyota: The Japanese carmaker stays on course first set by the Prius and now wants to sway buyers in Europe with more performance. From 2018, two hybrid options will be on offer and the design of the stronger version will resemble the C-HR Hy-Power currently on display.
toyota.eu (strategy), carscoops.com (C-HR Hy-Power)

Thunder Power has turned the spotlight on its EV range at its booth in Frankfurt. Next to a camouflaged electric sedan said to be closer to the series version than 2 years ago, stands an all new electric SUV. The ‘Future Vision’ too sits on the dedicated EV platform the firm from Taiwan has been working on together with German engineers and there is some Italian influence in the bodywork.
carscoops.com, carmagazine.co.uk, tpev.com 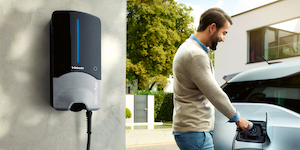 E-lementary for E-Mobility: At the IAA, Webasto is presenting its new charging stations for the first time. In addition to proven safety, our units offer the highest level of convenience and quality. Webasto charging stations charge up to six times faster than conventional domestic sockets. They enable carefree e-mobility and transform motion into progress. Hall 8.0, Booth A19. www.webasto-charging.com

Wishful thinking: Since the power of emission regulation has dawned on the car industry, it has switched to a preemptive strategy. Daimler CEO Dieter Zetsche, who currently leads the ACEA as well, now made an “offer” to reduce emissions by another 20 percent between 2021 – 2030 – if demand for EVs and infrastructure allows. The German Ministry for the Environment in a first reaction pointed out that such decisions belong to the realm of politics.
greencarcongress.com, acea.be, t-online.de (reaction, in German)

Chery’s plug-in SUV is out officially as the Chinese unveil the Exeed TX at the IAA. In Europe it will go on sale in all three electrified variants, EV, PHEV, and hybrid reportedly. The plug-in hybrid will be first and then come with a range of 70 kilometres.
carscoops.com, autocar.co.uk

Kia plugs into UK market: After introducing the Niro PHEV on the Isles, the Koreans have now launched the Optima Sportswagon PHEV. Prices start at 32,645 pounds after incentives.
electriccarsreport.com