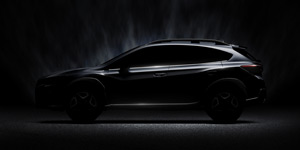 Subaru’s plans for electrification are more extensive than previously thought. The Japanese carmaker plans to electrify various models of its existing range rather than to develop just one new EV.

Not only wants Subaru to build its own dedicated electric car by 2021 as reported, the brand now intends to electrify existing models such as the Outback, Forester, and Impreza,  Japan Times reports.

Subaru is also considering to become part of the new joint venture set up by Toyota, Mazda and Denso to develop electric drivetrain technologies (we reported).

With a look to the markets overseas, Subaru recently decided to launch its first ever plug-in hybrid in the States next year. The carmaker has also announced the discontinuation of its diesel lineup in Europe from 2020 as it seeks to electrify its model range instead to meet emission limits.

BMW is selling its stake in Carbon JV