China’s EV quota comes in 2019: Now it is official – China will impose new sales targets for EVs and HEVs by 2019, one year later than originally planned. But the quota level starts then straightaway with 10 percent, rising to 12 percent by 2020. Thus, the government simply removes the 8 percent quota for 2018, but otherwise sticks to its earlier plans. The new rule applies to carmakers that manufacture more than 30,000 traditional vehicles annually. Those who do not reach the 10 percent sales of so called new-energy vehicles must buy credits or face fines.
reuters.com, bloomberg.com

Audi to build EVs worldwide: The VW-owned carmaker wants to expand EV production to all of its factories, according to CEO Rupert Stadler. In future, electric cars won’t just roll off the lines in Brussels, Neckarsulm and Audi’s headquarters in Ingolstadt, but also in Hungary and Mexico. The Germans intend to roll out more than 20 electrified cars before 2025, among them a dozen powered by a battery only. The company’s first two mass-produced EVs – the e-tron EV and the e-tron Sportback – will be manufactured in Brussels by 2018 respectively by 2019.
europe.autonews.com

Japanese EV alliance: Toyota and Mazda team up with Toyota’s supplier Denso to found a JV called EV Common Architecture Spirit. The new company will be hold mainly by Toyota (90 percent shares) and its purpose is to boost the development of various types of electric vehicles – from compact cars to light trucks.
reuters.com, europe.autonews.com 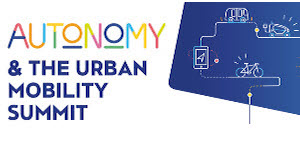 Update about Porsche’s Mission E: New pictures taken at an exclusive dealer event in Norway have made their way in the internet and give an impression of the exterior and the interior of the latest Mission E prototype. Porsche’s first all-electric serial car shall hit the stores in 2019. If the information transferred from the above mentioned event are right, the serial version will offer 5 seats and 3 battery options – unlike the original concept. Pricing is said to be around 90.000 euros, reportedly.
electrek.co

Outlander PHEV to hit U.S. stores: The States had to wait long to welcome Mitsubishi’s Outlander plug-in hybrid on its streets, now the time has come: The Japanese manufacturer will provide the all-new version of its Outlander PHEV to the U.S. dealership by the end of the year. Pricing will start at 35,535 dollars before federal or state incentives.
autoblog.com, greencarreports.com

BYD plans hybrid version of Song Max: BYD has launched its new mid-sized MPV Song Max on the Chinese market and announced that it intends to add a 2.0 and a 1.5 turbo hybrid soon, but no fully electric version. The model is the first one designed by the new chief designer Wolfgang Egger, previously employed by Audi.
carnewschina.com

Over a third of Scots would consider buying EV.