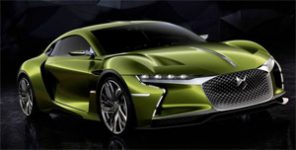 The DS E-Tense will not go serial. PSA’s performance label decided against a series production of the sports coupé E-tense it had displayed at last year’s Salon in Geneva.

The decision against the E-Tense has been made but it does not mean, the concept won’t serve for future models. Autocar quotes DS head of production Eric Apode, who said “it’s still being used as a laboratory for understanding electric power and energy control for electric and plug-in hybrid vehicles.”

DS reportedly plans a total of six electrified models until 2023 , starting with the DS 7 Crossback E-Tense that features a 300 hp plug-in hybrid system.

Christina Bu on Electric Transport in Norway and beyond