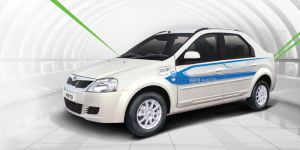 The car maker’s electrification plans are obviously more extensive than previously known. According to the FactorDaily, the Indian company want to launch all-electric variants of almost all of its passenger cars.

This includes Mahindra’s series Scorpio, Bolero, XUV and TUV. Currently, the carmaker offers also two original EVs, the eVerito and the e2O. Mahindra is the only major OEM to sell fully electrified vehicles in India. Its roadmap would enable the company to offer a vast electric fleet – from mini cars to luxury SUVs such as the XUV500, due in 2020.

Mahindra also seems to work together with Pininfarina to create another electric luxury vehicle. Since 2015, the Italian company is part of Mahindra subsidiary Tech Mahindra.

When it comes to commercial vehicles, Mahindra is less ambitious for the moment. Although it has some EV models in its line-up, it’s not clear, if the carmaker intends to step up efforts regarding a broader electrification.
factordaily.com

Porsche to build own platform for electric sports cars