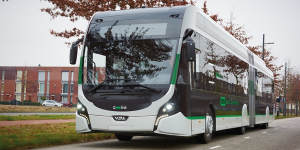 Stadtwerke Osnabrück had issued the tender already in December 2016 and had called on bus builders across Europe to make their bid. However, the decision got delayed as most applications were not in line with formalities.

More than a year later, it appears that VDL has managed the art of filling in a German form and will now deliver 13 VDL Citeas SLFA Electric. They are to take up operation in Osnabrück by the end of this year. The all-electric, articulated buses will be deployed on line 41.

130 electric buses for Warsaw funded with €41m through EU