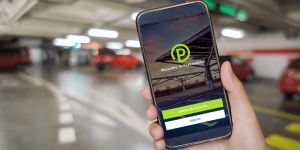 Parking is the next frontier of private (electric) car ownership and BMW is determined to get on top of the game as it acquires ParkMobile. The parking app provider fits into BMW’s strategy to become a mobility solutions provider.

For the Bavarians, the future of cars is more than a problem of drives, it is a question of traffic. According to BMW, “up to 30 percent of city traffic is caused by people looking for parking spaces” and so the whole exercise becomes a “pain point” that may turn people away from private car ownership altogether.

It is in this context, BMW frames the acquisition of ParkMobile with its over 100 employees, based in Atlanta, Georgia. The company holds parking spots in more than 300 U.S. cities including New York, Philadelphia and Phoenix and on a whole claims 22m customers in more than 1,000 cities.

BMW had started working with Parkmobile already back in 2015 when they sought to to widen their BMW i ParkNow service to the U.S. customer base (we reported). In the old world, Parkmobile Group Europe, whose brands also include ParkNow, has been wholly owned by the BMW Group since April 2016.

Hyundai accelerates on the electrification trail