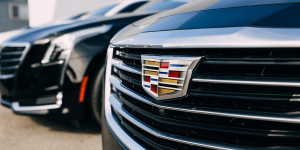 Cadillac will deliver a “disproportionate share” of the 20 electrified vehicles that GM plans to launch globally by 2023, Cadillac President Johan de Nysschen said at NAIAS in Detroit.

Powered by increasing sales in China, GM believes their Cadillac brand to be in position to debut new electric and also autonomous vehicles starting in the next decade.

De Nysschen specified in Detroit that “technologies will debut in Cadillac first and then cascade down to the other brands,” making it a “technology lead brand” for General Motors as it has been in the past.

Moreover, in its push for electrification, GM is working in a novel platform due to launch by 2021. The modular architecture is supposed to make EVs profitable and shall be used across several market segments and GM brands (we reported). Furthermore, the platform is going to be accompanied by more powerful and cheaper batteries. Overall, GM targets global sales of one million EVs per year by 2026.