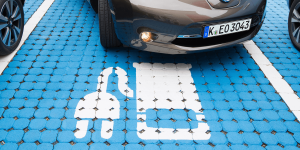 A group of kids in China damaged 30 electric cars. The EVs had been stored in an underground car park – until the children found the keys inside the cars and decided to play but not hide and seek.

The ten year old “gang leader” had found the first key and later told the police he had learned the basics of driving by watching his parents and other adults. So after taking the electric car for a short test ride, he called on his friends to join him.

The boys followed and began to turn the parking lots of the residential compound into a dodgem course. Their private fair fun went on for days in secret.

All of the 30 electric cars were damaged, some with small scratches others majorly. The total cost of repairs exceeds 200,000 yuan (31,000 dollars), according to the car sales company in Chongqing that had stored the vehicles there. They are trying to work out a compensation scheme with the kids’ parents.

Tesla Model 3 to be reverse-engineered in Germany?