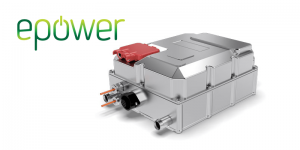 Originally announced in November 2017, the move by the automobile supplier Preh to take over the on-board-charge device developer ePower has now legally come into effect.

The Swedish developer ePower was previously owned by the Norwegian Kongsberg Automotive Group, where it had worked with clients such as Volvo and Lynk & Co, has officially entered its new home with Preh. The plan is to broaden the latter’s spectrum and strengthen electric mobility activities in preparation for growth in this sector.

ePower is a comparatively young company, now under the name Preh Sweden AB, and was founded in 2011. It currently has over 20 employees and two development sites,  supported by around 50 consulting engineers, but it is dwarfed by Preh, with its 6000 employees worldwide and founded almost 100 years ago in 1919. The acquisition will benefit Preh by broadening its customer portfolio and adding specific capabilities to its skill set. So far this includes HMI systems for passenger cars and commercial vehicles, as well as interactive systems, such as infotainment or connectivity solution, and electric mobility control units.