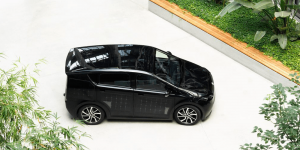 “Entschuldigung” means sorry in German and after yet another scandal has cast the practices of Germany’s car industry in a stark light, it is a startup apologising for stuff they did not do.

Sono Motors is working on the Sion solar car and used the emission testing on animals at conventional carmakers to issue an apology and to advertise their own offering at the same time on Twitter.

After all, no emissions indeed means no monkeys and the Sion aims to run on solar power only. Instead, Sono Motors offers the Sion solar EV to human testers and has just embarked on another tour across Europe (we reported).