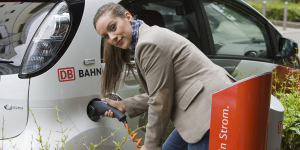 The economic committee of Munich wants the city’s main utility to install another 350 EV charging stations until the end of 2019. They calculate the network’s expansion to cost 10 million euros and also want to see if there is interest from the private sector to take it even further.

Munich’s utility SWM and the public transport provider MVG already operate a network of 150 charging stations and now the city wants them to go further. 10 million euros are to finance 350 EV charging stations, according to a report by Sueddeutsche Zeitung.

So far, talks have revolved around standard AC chargers that spent electricity at 22 kW through two charge points.  However, fast-charging stations have been thrown into the game and so the number of 350 may shrink in favour of installing faster and more expensive DC outlets as well.

While the stations will be available to the public, they will not be free of charge. Instead the city requires them to be worth their money and may remove them if they are not.

At the same time, the environmental department of Munich is looking into the feasibility of winning over private enterprises to add their bit to the charging network.