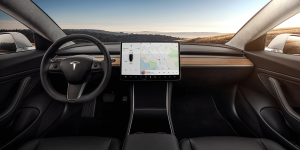 Tesla has received huge interest for the Model 3 from the start and it is not just prospective clients but competitors alike that want to get behind the wheel of the economy EV. One company has made such interest their business and sells analytical data it took from scrutinising early Model 3 EVs.

German automotive engineers have already been accused of trying to reverse engineer the Model 3 but now anyone wanting to take inspiration from Tesla may do so in secret.

According to a report by the Wall Street journal, “there are people who flew down from China just to have a test drive with us,” said Caresoft Global business manager Prideep Subramaniam.

His company has made curiosity their business and bought early Model 3s for as much as 100,000 dollars at times in order to analyse their performance and to then sell the data to Tesla’s competitors. Apparently some were willing to pay prices around 500,000 dollars.

Caresoft utilizes high-energy scan technologies to extract vehicle parametric CAD data. The auto-analysis firm also provides information on the material of the Model 3, as well as schematics of the electric car’s motor and wiring structure. Auto benchmarking has taken on a whole new meaning.

There’s a Roadster waiting in the sky