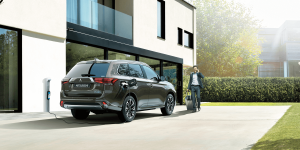 The British Government seems to have missed the end of its current plug-in subsidy, which formally runs out this month. The Department for Transport was quick to assure though that the current grant will apply throughout April and that a follow-up is imminent.

Once created, a new policy would then apply until at least until the beginning 2020, the DfT said according to Business Car Manager. What form such a subsidy might take, the authorities need to think about first it appears.

Upon request by BCM, a DfT spokesperson replied: “The current grant rates will be maintained until at least the end of April 2018. We are conducting a review of PICG rates at present and will provide more information in due course.”

The Plug-In Car Grant in the UK gives buyers of low emission vehicles with an electric range greater than 70 miles 4,500 pounds. Vehicles with a shorter zero-emission range will receive 2,500 GBP provided they cost less than 60,000 pounds. Furthermore, there is 20% off the cost of an electric van, up to a maximum of 8000 pounds.

Private buyers do not have to apply as the dealers or leasing company will usually deal with the paperwork. This means the first who noticed the current gap were professional fleet managers and car dealers.

That there will be a budget to continue the PEV subsidies is likely. The British Government in Westminster decided last autumn, to spend 2.5bn pounds until 2021 to meet its climate targets, fixed in its ‘Clean Growth Strategy’. As part of the roadmap, 1bn pounds have been approved to promote electric and low-emission vehicles. The Clean Growth Strategy is detailing government spending between 2015 and 2021. In its update, the government also confirmed the aim to ban combustion-powered cars by 2040.

China’s WM Motor open to go public in the USA