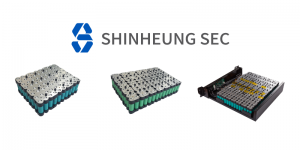 Korean battery part maker Shinheung SEC has opened a new factory in Hungary in the town of Monor close to Budapest. It is the firm’s first facility in Europe and has received funding from the Hungarian state that wants to see 300 new jobs by 2019.

Korean Shinheung SEC has completed the construction of their plant in Hungary, where they will start making parts of batteries for electric vehicles. The facility in Monor had the support of the Hungarian government that granted 769 million Forint (about 2.5M euros).

Overall the factory is worth 8 billion HUF, more than 25M euros to the Koreans. They say it is their first such venture on the continent as they operate another 5 battery part making facilities in Korea.