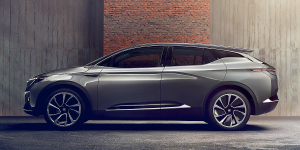 The electric startup Byton has hired two new managers, and opened a new factory in the USA. After the completion of the company HQ in Santa Clara, the EV brand owned by Future Mobility set up a new location in Los Angeles called the “LA Future Lab”.

The personnel support will come from Chad Harrison, who previously worked with Honda and will be taking over product management at Byton, and David Twohig, who helped develop the Alpine A110 at Renault Sport, and will be taking over as chief engineer. Several known managers who worked with the BMW-i have already been hired, as well as several experts from Google, Toyota and Tesla.

The opening of the LA Future Lab also further establishes Byton’s position in the US market, and will be used to work on the development of new transport and ride-sharing concepts. Their main HQ was completed in December in Santa Clara, meaning the company spent little time deliberating their next move forward. The new location also has already hired 300 staff members to work on their next major milestone: the release of Byton’s Smart Intuitive Vehicle, which is planned to be market ready by the end of next year and will be presented at the coming Beijing Auto Show as a concept.

Byton is owned by Future Mobility, which is supported by Foxconn and Tencent, and headed by former BMW-i Manager Carsten Breitfeld. In Las Vegas, the company presented its debut vehicle, an electric SUV, earlier this year. The e-SUV will be available in China as of 2019 and the US and Europe as of 2020.

Recently, Byton also named their first suppliers; Bosch and Faurecia. Bosch will likely be responsible for the delivery of propulsion and braking systems, while Faurecia will be optimizing interior space.