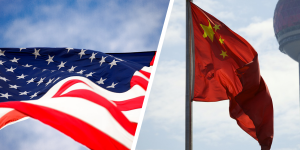 Particularly importers of electric bikes made in China such as Trek, Giant, Raleigh Electric, Pedego and other brands would be affected. A 25 percent import tariff would effectively rise prices hundreds of dollars, leading to a competitive disadvantage.

Almost ironically, this would likely hit companies that assemble their electric bikes in the States but buy most their components such as frames but also electric drives in China.

On the other hand, this would also affect electric bikes sold into China although their number is marginal when compared to the number of bike imports from the People’s Republic.

While the Trump administration has been acting aggressively and released a list with 284 product codes set for the tariff hike, China had last shown restraint and even forthcoming, when lowering import tariffs for private vehicles from 25 to 15 percent (we reported).

The proposed list has to go through a public comment process that could take several months before the U.S. Trade Representative decides whether each product code should be subject to the tariff.

The bicycle industry is working to oppose the measure and to exclude electric bikes from that tariff list.

Italy aims to put 1 million electric cars on the road