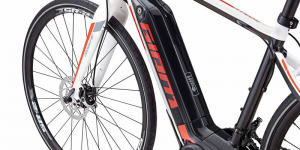 Giant currently sells around 5 million bikes across 50 countries, according to their own statements. Next to the planned factory, Giant is already running factories in Taiwan, China and the Netherlands. The electrification of bikes has been growing in importance for the manufacturer. In 2017, Giant introduced a propulsion system specifically for mountain bikes named SyncDrive Pro, for example.