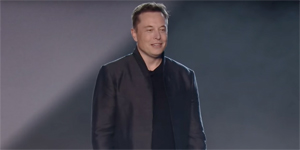 The volatility surrounding Tesla just does not seem to die down. On Friday, six percent of Tesla’s value went up in smoke rather literally, and amidst news of three executives leaving the EV maker.

Among them is Chief Accounting Officer David H. Morton, Jr. leaving his post after just two months. Also Chief People Officer Gabrielle Toledano said she would not be coming back from a leave. Plus, Tesla VP of Comms Sarah O’Brien’s had her last day at Tesla as well.

Their absence comes at a time when all eyes are on Tesla, or their CEO Elon Musk rather. After a close to tearful interview with the New York Times last month, he appeared on a web show last week and caused a bit of a scandal. It was not anything as serious as wanting to take Tesla private but something to keep private rather: Elon Musk smoked a joint with the show’s host.

To be precise, it was a cigarette containing marijuana and tobacco. There is nothing wrong with that, at least legally in that form in California. You might also want to note, that Musk was speaking on the internet show of Joe Rogan, a comedian and outspoken advocate of legalising weed. He did warn Musk to think about his shareholders, to no avail.

Apart from the repercussions on the stock market, the actions of the Tesla CEO may have developed some drag in-house as well. While Morton did not claim the joint as a reason for his leaving, he did voice his discomfort with the level of public attention Tesla had received lately and his workload overall. You may assume that the same is true for Tesla VP of Commuunications, Sarah O’Brien, although she has not issued an official statement. It does seem certain that none of them is ready to be taking s*** for a hit of their boss.

Mind you, the interview as such was rather enlightened and may be viewed in full below.