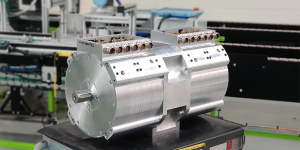 The British supplier Avid Technology has received six orders valued at a total of 50 million pounds (56 million euros) annually, including a 34 million pound contract to develop an integrated electric motor system for an unnamed OEM.

Furthermore, Avid has signed a five-year agreement for 5 million pounds to deliver 48 Volt motor components with a luxury sportscar manufacturer. “We have been developing powertrain technology for electric and hybrid vehicles for over 12 years and are now seeing the market take off in a huge way,” said AVID director Ryan Maughan.

Only recently, the company hired a new business development manager, who is heading to the office in the US American state of Michigan. A core goal for Avid Technology is to improve their standing on the North American market.