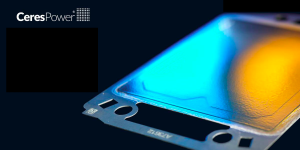 Ceres Power announced a 7 million pound (€8M) investment in a new fuel cell manufacturing facility in Redhill, Surrey, UK. This will enable them to build fuel cells worth 2 MW first before scaling up to 10 MW in the long run. Moreover, they are working with Nissan on novel EV applications.

The new Redhill fuel cell facility will thus expand Ceres’ manufacturing capacity significantly and adds to its UK operations with its nearby Horsham facility remaining as the headquarters and Technical Centre.

Ceres’ strategy is to generate revenues through licensing in the development phase, and generate royalties through manufacturing partners once full scale commercialisation is achieved. The need for additional interim capacity has been driven by the increasing demand from the company’s partners which include Nissan, Honda, Cummins, Weichai Power and Bosch.

While Ceres is paying for the fuel cell factory expansion themselves, they managed to score funding from the government for a joint project with Nissan. Their new partnership is looking at electric vehicle applications. 8 million pounds (over 9M euros) in funding have been awarded through the Advanced Propulsion Centre (APC) for this project in which The Welding Institute (TWI) is a part of as well. The new partnership builds on the joint development with Nissan over the past two years and sees Ceres Power accelerating commercialisation of its SteelCell fuel cell technology in automotive markets. Ceres will lead the project to further develop their solid oxide fuel cell specifically designed to extend the range of electric light commercial vehicles (we reported).