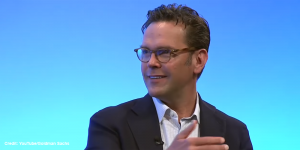 James Murdoch, son of the media mogul Rupert Murdoch is currently being considered to replace Elon Musk as the Tesla chairman, according to the Financial Times. Tesla CEO Musk was quick to deny the claim on twitter, though.

By the middle of November, Musk will have to announce a new independent chairman to follow his footsteps. So far, he had lead the company and the board by himself. The recent agreement with the Securities and Exchange Commission (SEC) over a tweet which was considered to be misleading towards investors required him to step down from the position of chairman, while he will remain as CEO.

The report breaking the news cited two unnamed sources familiar with the ongoings. These two seem convinced that Murdoch, who is leaving behind his CEO post at his fathers company Twenty-First Century Fox, and independent Tesla board member since last year, will be taking over Musk’s post. Elon Musk was quick to deny the claims on twitter, however.

At the same time, Musk and the SEC have submitted a draft agreement to a U.S. judge to officially close the process of Musk stepping down. Next to the minimum of three years forced absence from the chairman position, the agreement also includes a monetary penalty of 20 million dollars and a future communications board to monitor Elon Musk’s Tesla-related communications. Two new independent directors will also be added to the board.

Tesla is about to buy land for its Gigafactory in China

Honda to introduce another hybrid for India