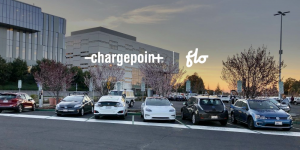 Starting today users of ChargePoint and FLO may use the other’s charging stations freely. For ChargePoint it is the second such partnerships within days. About a week ago, they enabled roaming for the EVBox network and users reportedly and virtually connected Europe and the States.

The partnership at hand now expand their reach beyond the U.S. border again, this time deep into Canada. FLO here is operating some major charging networks like the ‘Circuit Electrique’ in Quebec for example and also sells its own charging equipment.

Pasquale Romano, CEO of ChargePoint, commented on the new cooperation and called on more companies to come forward: “We appreciate the opportunity to partner with FLO and invite other networks to participate in similar initiatives that support our philosophy of helping to get every driver behind the wheel of an EV.”

Chargepoint had recently reenforced said philosophy at the  Global Climate Action Summit in San Francisco. Together with EVBox they had announced they would install some 3.5 million EV charging points between them by 2025 reportedly. For ChargePoint, the pledge is part of the ZEV Challenge by the C40 Cities and Climate Group.

The networks of FLO and ChargePoint are open for electric vehicle drivers as of today. To start a session, drivers can use their existing account to locate a charging station, start a session via the app and charge. The participating networks have currently agreed to levy no additional fees for using a visited network’s station and all transactions and taxes are handled on the backend according to the respective country’s tax laws, reads a press release. At launch, more than 33,000 publicly available charging spots will be available on both ChargePoint and FLO networks in North America.