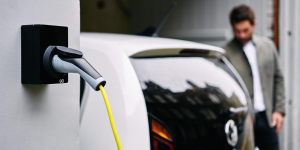 The British government published the new budget this week. It contains a pledge to continue the subsidies offered to businesses installing electric vehicle charging infrastructure until March 2023.

In the words of Chancellor Philip Hammond: “The UK government will keep offering subsidies for businesses that invest in electric vehicle charging points until March 2023.”

At least, we are tempted to reply as the same government recently scrapped the subsidy for plug-in hybrid vehicles. They also cut the Plug-in Grant for electric cars by a 1,000 pounds and with immediate effect (we reported).

But back to the good news. The charge points capital allowance scheme gives companies that install charging stations a first-year tax allowance of up to 100% of the cost of the equipment. The scheme has now been extended until 2023 rather than expiring next spring.

In a note on emission testing, the government also said it will review the impact of the WLTP testing cycle on Vehicle Excise Duty (VED) and company car tax (CCT), reporting its findings in spring 2019. The fleet industry has seen mixed signals from the current government, which insists for example, to tax hybrid and plug-in hybrid cars as either petrol or diesel models, not taking into account their second electric nature.

There has been a recent improvement with regards to electric cars though. The tax authority HMRC finally specified mileage reimbursement rates for EVs. The so-called Advisory Electricity Rate (AER) is at 4 pence per mile. The AER applies when employers reimburse employees for business travel or, in case of private travel, requires employees to repay the cost of fuel used. These miles are deemed to be tax and National Insurance-free, hence why the new ruling is important.

The rule is also in line with an expected surge in plug-in vehicles operated by fleets. The British Vehicle Rental and Leasing Association (BVRLA) has launched the ‘Plug-in Pledge’ this July, aiming to raise the number of PEVs in their fleets from 50,000 today to 720,000 by 2025.

Hence the BVRLA welcomed the government’s review into WLTP’s impact on fleet, stating “it is vital that fleets and company car drivers are able to plan for the future, confident that they are working with more accurate emissions information and a fairer tax regime that rewards those who choose cleaner vehicles.”