The City of London Corporation borough has announced plans for a pilot scheme limiting access to central roads to ultra-low emission vehicles (ULEV). The Moor Lane proposal is just one of many to turn parts of London’s historic Square Mile into zero-emissions zones by 2022.

The Moore Lane trial was opened for public consultation at the start of this month. The City Corporation aims to implement it by April 2019. The pilot is part of the City Corporation’s Low Emission Neighbourhood (LEN) project, which it jointly funds with the Mayor of London. If successful the trial might be widened to include other parts of the city, although it will be limited to one road for now.

The implementation of the ULEV street will involve clear street signage. An information campaign will be launched through social media, leafleting and direct discussions with City firms.

For the first four weeks of the trial, those who drive through the ULEV-only zone with a non-compliant vehicle will get a warning letter. Following this penalty charges will apply. Drivers of non-compliant ULEV vehicles will still be able to access the rest of Moor Lane from the north side.

The low-emission street will be made more palatable to people through temporary greening efforts in conjunction with local businesses and residents, building on the success of the existing Moor Lane ‘pop-up’ garden. 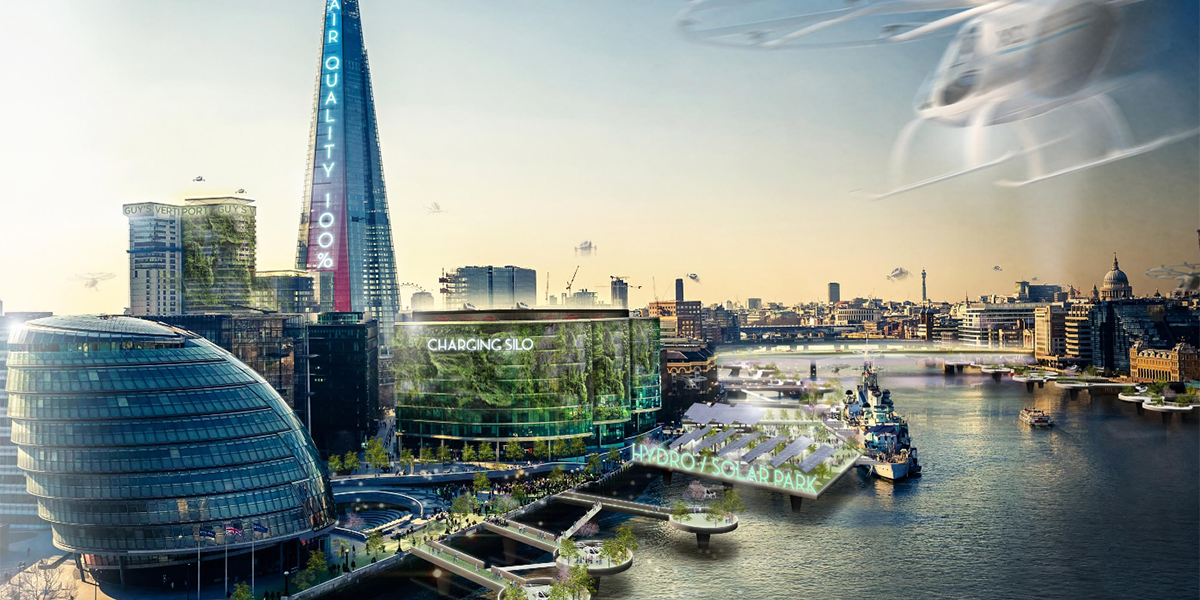 Shirley Rodrigues, Deputy Mayor for the Environment and Energy said “‎Local projects such as Low Emission Neighbourhoods are a crucial addition to the Mayor’s London-wide plans to tackle pollution, these include introducing the Ultra Low Emission Zone and upgrading London’s buses into one of the greenest fleets in the world.”

Driving combustion engines in downtown London will prove increasingly difficult. The City aims to encourage public transport, cycling and pedestrian use, while introducing measures to promote the use of ULEVs over ICEs. The introduction of London’s Ultra Low Emission Zone (ULEZ) has recently been sped up and enlarged. The ULEZ will be expanded up to the North and South Circular boundary in 2021 reportedly and will cover an area 18 times larger than the zone in Central London.

For the City borough, besides the Moore Lane pilot project, other measures involve new emissions-based charges for on-street parking as we reported in August this year. In addition, a proposal aims to restrict speed limit to 15mph in the Square Mile, which will be submitted to decision-making bodies in Spring 2019. Moreover, the City has already banned the purchase of diesel vehicles from its own fleet of 300 vehicles and implemented a cargo bike scheme as we reported. They have also brought in tight restrictions on harmful emissions from bulldozers and generators. Low Emission Neighbourhood schemes also include new EV charging stations, green taxi ranks and other air quality projects in the Barbican and Golden Lane Estate areas.

Rodrigues explains, “We are funding innovative projects like this because they are vital to encourage more Londoners to switch to ultra-low and zero-emission vehicles and help tackle the capital’s toxic air.”

In the context of London’s Low Emission Neighbourhood schemes, the Moore Lane pilot project should inform other measures encouraging the use of ULEVs over more polluting vehicles.