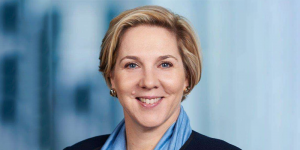 Following the U.S. SEC’s decision to force Elon Musk to resign as Tesla’s chairman of the board, the post has been given to Robyn Denholm.

Denholm has been on the Tesla board since 2014, and has been working as head of finance at Telstra, Australia’s largest telecommunications provider. Before that, she had worked with companies including Juniper Networks and Sun Microsystems. She also has experience in the automobile industry while working at Toyota, giving her a solid technical as well as automotive background.

She will not be taking over the Tesla post in full time quite yet, as the six month termination period from Telstra will have to go ahead. Following that, Denholm will be taking over as Tesla’s chair of the board in a full time capacity. “I believe in this company, I believe in its mission and I look forward to helping Elon and the Tesla team achieve sustainable profitability and drive long-term shareholder value,” said Robyn Denholm. In order to support the transition period, CEO Elon Musk has offered himself as a resource and will provide support to Denholm as she takes over her new responsibilities.

Investors seem to have reacted positively to the news: The Tesla stock jumped by about 2.1% to 384.2 USD following the announcement.