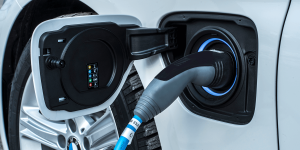 Perhaps there are times when it makes sense to do away with incentives, especially if they do not lead to the desired behaviour. This may be the case for the Plug-In Grant in Britain that has been changed to exclude PHEV recently. New data suggest, the removal was right.

Amidst a still tightening budget, the move to cut the Plug-in Grant had not been unexpected when the British government announced the cut with immediate effect earlier this month. While the government claimed monetary reasons, there may be more rational ones.

Those that had received the 2,500 pound when buying a plug-in hybrid car however, may have never charged their part-time EV. Instead, the cars have been burning petrol, a survey by The Miles Consultancy for the BBC states.

The consultants figure that the majority of the tens of thousands of eligible vehicles sold were bought by company fleets, including more than 70% of the 37,000 plug-in hybrids sold so far in 2018.

The data comprises of mileage records from 1,500 models, including Audi, BMW, Mercedes and Volvo vehicles. These showed an average real-world mpg of 39.27, against an average manufacturer advertised mpg of 129.68, meaning the PHEV were never charged.

Paul Hollick, The Miles Consultancy’s managing director, told the BBC, that often “the charge cables are still in the boot, in a cellophane wrapper, while the company and the employee are going in and out of petrol stations, paying for all of this additional fuel”. This practice, he added, was “ridiculous” to which we have nothing more to add.

Close, but not close enough