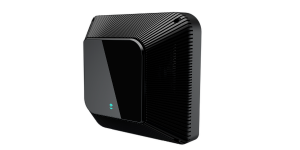 Wallbox Chargers of Spain set up a new joint venture with Chinese Changchun FAWSN. Together they aim to sell up to half a million Wallbox charging stations a year. A new factory in the manufacturing city of Suzhou, close to Shanghai, will cover the entire production.

The joint venture will trade under the name Wallbox FAWSN Charging Systems and concentrate “exclusively on the rapid growing sales of plug-in vehicles in China,” reads a release. The company estimates said sales of new energy vehicles to reach an annual two million units in China by 2020.

Wallbox FAWSN’s initial capacity of 500,000 electric vehicle chargers will mark their market entry. They reckon to stay at said level for the first five years.

They joint venture will build on Wallbox charging technology adapted to Chinese market conditions. Moreover they bank on the Spanish partner’s technical operations, sales and marketing experience. Production start is scheduled for Q2 2019 in Suzhou.

In Europe Wallbox most recently launched their DC home charging system featuring smart functions reportedly. It is unclear what kind of charging stations they will produce in China.

ChargePoint gets $240M for expansion in Europe & US