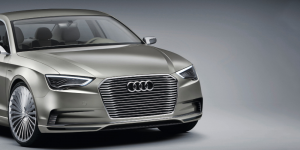 Audi is planning a fully electric compact model based on the A3 format. Like the VW ID the new Audi EV will utilise the MEB platform and you can expect to see a first study “in the coming months”. As is widely known, Audi intends to launch 20 electrified models by 2025.

AutoExpress heard about the all-electric compact model at the LA Auto Show from Audi’s Exterior Design Director Andreas Mindt who said that the Ingolstadt-based company will probably follow conventional standards in terms of design: “You can design for the early adopters or you can design for the mainstream customer as well – we want to catch both,” Mindt is quoted in the above-mentioned report.

Meanwhile, Audi has announced that it will initially offer the e-tron in Great Britain as a so-called ‘launch edition’ for a price of 82,240 pounds (around 93,000 euros) from the beginning of 2019, before the regular series model is launched later this year at prices starting from 71,490 pounds (around 80,150 euros).

Audi’s first electric SUV was unveiled in San Francisco in September. In Germany, the carmaker is calling for an almost identical basic price of 79,900 euros.

Tesla Model 3 to arrive in Europe in February