To avoid misunderstandings – while Rolls-Royce’s automotive division belongs to BMW, there is still an independent part of the company that specializes in the construction of aircraft and ship propulsion systems. At Gloucestershire Airport in the southwest of England, specialists from the company are now working on an aircraft for the record books with help from the electric motor and control manufacturer YASA and the aviation company Electroflight, among others. It is expected to break the current Siemens speed record of 210 miles per hour (around 338 km/h).

The mission’s success will be facilitated by a lightweight battery pack consisting of 6,000 cells and an advanced cooling system. “We’re monitoring more than 20,000 data points per second, measuring battery voltage, temperature, and overall health of the powertrain, which is responsible for powering the propellers and generating thrust. We’ve already drawn a series of insights from the unique design and integration challenges,” says Matheu Parr, ACCEL Project Manager at Rolls-Royce. 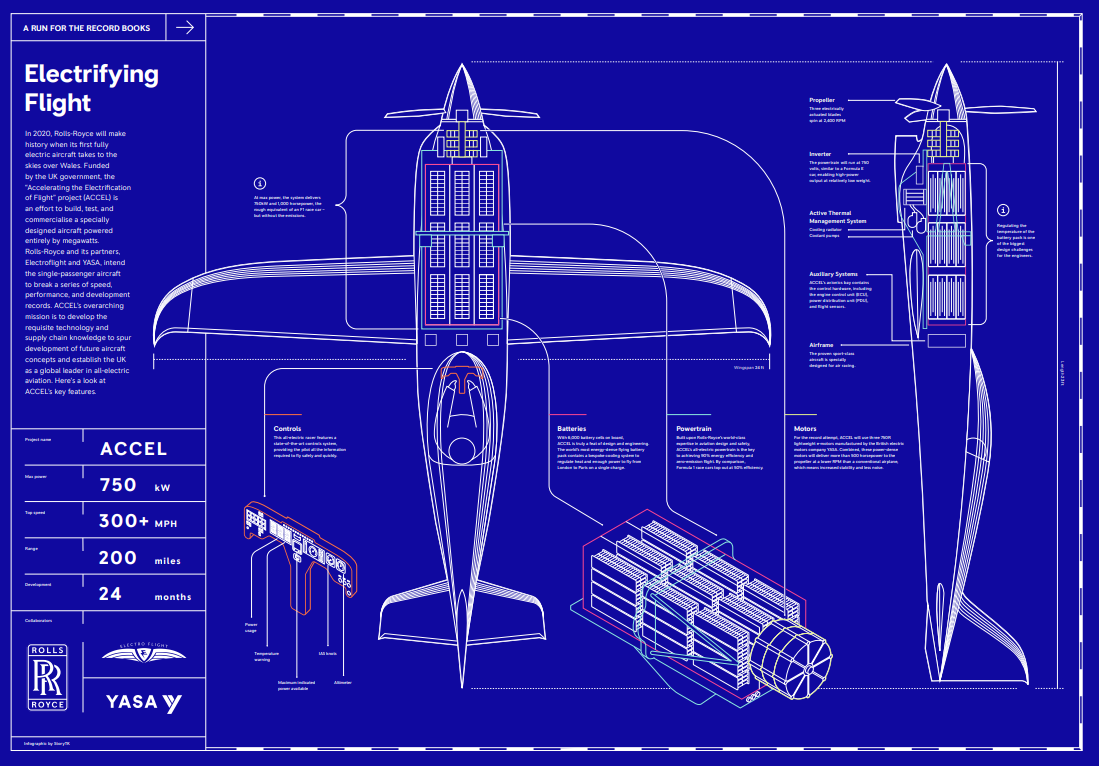 The manufacturers claim that one battery charge will be sufficient to fly from London to Paris, which is a trip of about 200 miles (or 320 km). In order to realize the ambitious project, help will be sought from the experts from the Formula E racing series.

It was only in the middle of last year that Rolls-Royce presented the concept of a vertical take-off aircraft with a hybrid drive called EVTOL. The aircraft is out of the ordinary because of the way in which it generates energy on board, as the aircraft has a gas turbine powered by natural gas that charges the battery on the way, thus enabling ranges of up to 500 miles (a good 800 km).