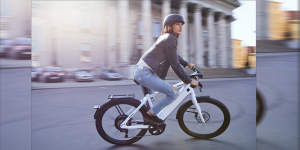 The Committee of the European Parliament (IMCO) has turned down a proposal by the European Commission and has thus decided there will be no mandatory liability insurance for low-power pedelecs and e-bikes.

The European Commission’s plan had come as part of the draft for the Motor Vehicle Insurance Directive last year and had classified pedelecs with 250 watts and pedal assistance up to 25 kph as motor vehicles. This meant that electric bicycles would have been included in the rule for compulsory liability insurance set out in the Directive, although the European Commission’s own type approval regulations did not define them as a motor vehicle but had grouped them with bicycles.

The European Cyclists’ Federation lobbied strongly against the proposal with the support of the bike industry and was right to do so. They viewed the Commission’s proposal as an unnecessary increase in administrative burden for consumers, industry and public authorities. Moreover, the proposal would have significantly inhibited the uptake electric bicycles in an otherwise fast-growing industry. The potential of pedelecs has already attracted the attention of companies like GM and Tesla, not to mention large-scale e-bike sharing programs.

European Parliament rapporteur MEP Charanzová decided that this was indeed a disproportionate measure for an electric bicycle and corrected this in the text.

But the issue has a global dimension explained in this video. Strictly speaking and according to UN legislation, bicycles are vehicles, which are propelled by human muscle power alone, a point that is not true for pedal-assist bikes. A petition to update U.N. legislation is still running (link below).

Scotland funds e-bikes with half a million pounds