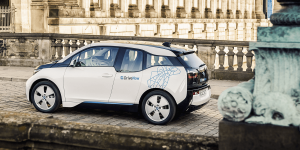 The BMW subsidiary car-sharing service DriveNow has announced that they have expanded their London fleet by another 130 new i3s, as part of their plan to become “an 80% all-electric club by 2025”. The fleet now consists of 180 electric vehicles in nine London Boroughs.

Furthermore, the company will begin exchanging the 50 older BMW i3 in their fleet in April so that all new electric cars offer the larger range. Their total fleet in London currently comprises about 720 vehicles.

The announcement of the new EVs follows DriveNow’s expansion into five new London boroughs, namely Westminster, Barnet, Tower Hamlets, Southwark and Brent in 2018, which made London the largest city of operations for the BMW car club.

James Taylor, managing director of DriveNow UK, said: “It makes sense for us to expand our electric fleet and continue to offer customers a sustainable alternative to privately owned transport. We have an important role to play in London, helping to normalise EV use and contribute further to improvements in air quality.”

DriveNow was also recently in the news, as BMW and Daimler seek to bundle their mobility services, and have by now received official approval from both the EU and the US to go ahead. The DriveNow-Car2go joint venture will have its headquarters in Berlin reportedly. Between Car2Go and DriveNow, a total of 20,000 vehicles in 31 major cities are on the roads. More than four million customers are currently using their e-mobility services.