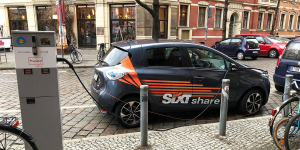 If you keep your eyes peeled when walking around Berlin, you may now discover the vanguard of a new car-sharing fleet. Sixt Share is already in the starting blocks. We were able to find several electric cars from the new provider at charging stations in the German capital.

The car-sharing unit of Germany’s car rental company Sixt will be given the official starting signal next week. Electrive.net has already received an invitation to the launch party in Munich but at our HQ in Berlin But we discovered that we did not have to wait for that.

Instead, the signs are already quite visible: In Berlin, the Sixt Share electric vehicles have been recognisable around the cityscape for about two weeks now. We have already noticed several Renault Zoe electric cars with the eye-catching Sixt Share sticker at charging points in the upmarket streets of Berlin’s Prenzlauer Berg district.

Similar to the strategies of Germany’s car manufacturers, Sixt car rental company is increasingly becoming a mobility provider with several mainstays. Briefly to the prehistory: In January 2018 it became clear that BMW would firstly take over all of Sixt’s shares in the previously jointly operated Carsharing DriveNow, before marrying DriveNow to Car2go, which took place last week. At this point, the first rumours began to spread that Sixt was planning its own car sharing. BMW’s 209 million euros were probably quite helpful in financing the start-up.

In November 2018, Sixt again invested in the Berlin-based Chargery, a mobile charging service for electric cars. The car rental company “acquired a small stake” in the company, which was newly founded in 2017, with the aim of using the service in future when leasing cars in their electric fleet. Not only does Chargery ride out using electric cargo bikes laden with batteries to recharge the client’s car, but they also clean and maintain the vehicle while they are at it. This, of course, kills two birds with one stone very nicely.

The way it looks at the moment with Sixt Share, the cars are currently only available in Berlin. The corresponding app for smartphones is already available and the tariff system is ready online. According to the app, a Renault Zoe can be hired for 25 cents per minute. The daily maximum price is capped at 79 euros, and 200 kilometres are included. 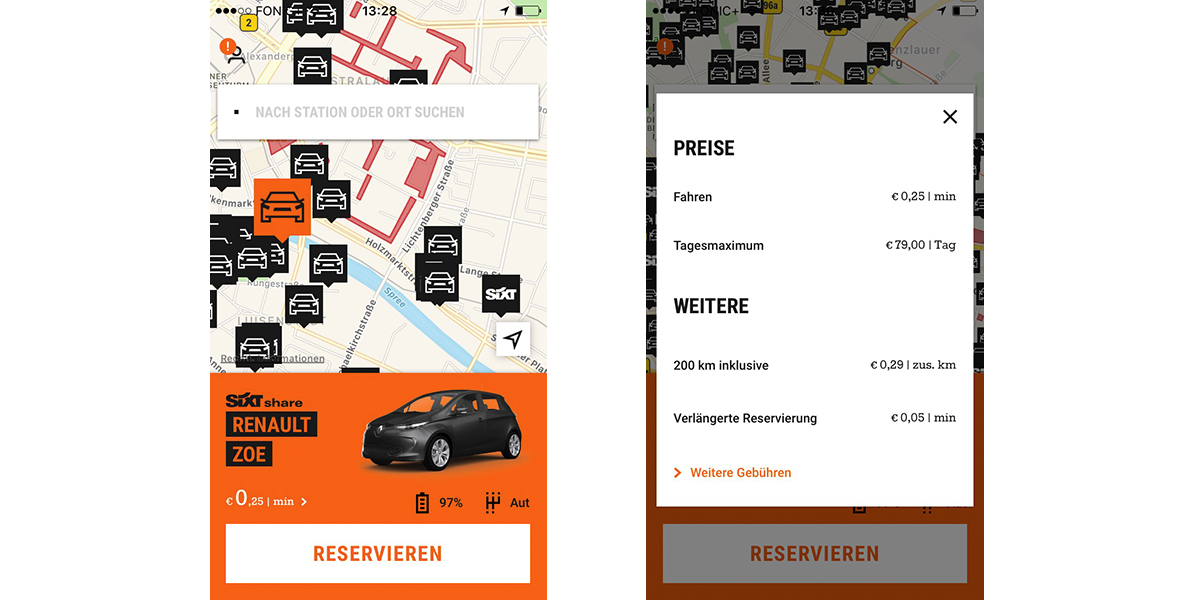 Customers can also rent Sixt electric vehicles for several days, up to a maximum of 27 days. The parking fees (Sixt works according to the free-floating principle) are included in the business district (which in Berlin means the inner city area within the S-Bahn ring). Journeys to the two airports Tegel and Schönefeld are also possible, but there is an additional charge of 4 euros. Exactly when the Sixt car-sharing is going to start in other cities, was something the provider did not yet want to reveal to electrive.net. Similarly secretive were the details about charging (according to the app, the service takes care of it) and to the number of the electric vehicles, which Sixt has not disclosed yet either. But hopefully, we will find out more about this at the official launch next week in Munich. After all, the invitation speaks of a “SIXT BIG BANG”.

Original article in German on electrive.net by Peter Schwierz