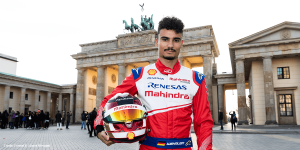 Outside of Formula E, Mahindra has long been an economic heavyweight in electric mobility, although they seldom garner much attention in Europe. At the Geneva Motor Show Mahindra presented their electric hypercar Battista with an even faster acceleration than Formula E racers, powering from 0 to 100 in less than 2 seconds.

In the last Formula E race in Mexico, 24 year old Pascal Wehrlein only narrowly missed out on a victory in the home straight. This Sunday, Wehrlein will be driving in the 50th Formula E race in Hong Kong before tackling the race course in Berlin on May 25.

That was a mega switch-over because Formula E takes a totally different way of thinking. Qualifying is the same everywhere, you try to drive a lap as fast as you can. In Formula 1 you have to pay extreme attention to the tyres during the race. In the DTM you don’t have to take care of anything at all. In Formula E, it’s all about energy management, and that makes a very, very big difference in the race.

Good point. At the last race in Mexico, your battery went to zero on the last straight and Lucas Di Grassi literally snatched your victory on the finish line. What strategies do you normally use to save energy?

At the start of the race we have 20-25% less power than you need to drive the race at full throttle. So we just have to save a bit of energy at the end of the straight because you consume the most energy at top speeds. Or you recuperate with the pedal to get the braking energy back into the battery. We can use strategic tools to attack more at the beginning or the end of the race. That’s what makes it so exciting. In Mexico, I had to save energy in the end, because I’d used up so much in the beginning and I got confused later on because of the race restart. 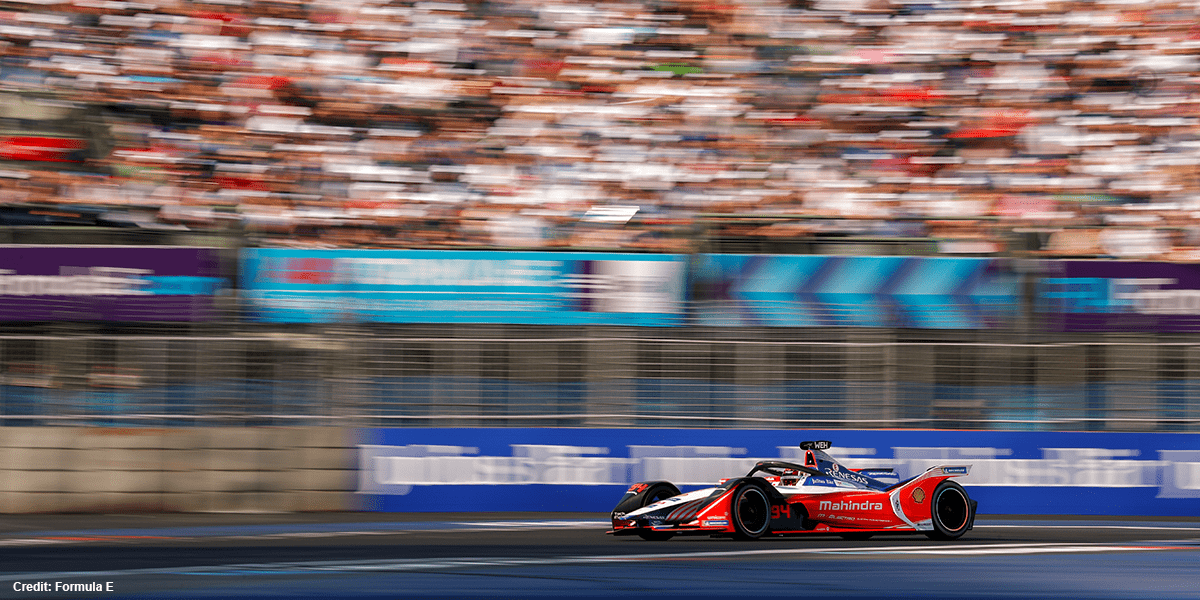 What strategies are are useful for recuperation? What are the influencing factors in terms of the degree of recuperation?

We have a pedal on the steering wheel that we pull to put the brakes on the rear axle and win back energy. It makes the car slower and harder to drive. Or at the end of the straight, you ease up on the throttle earlier, which means “lift and coast”. 20 meters before braking, you already come off the throttle before you go to the brake instead of crossing directly from the throttle to the brake.

A lot of people who come into contact with electromobility for the first time experience range anxiety – As a driver, how do you deal with a battery that is going empty?

I’m not afraid of that at all. The challenge is to finish the race as fast as possible, so like, to drive as fast as possible, but also to save as much energy as possible. And those are two things that just don’t go together – you just want to have zero per cent on the finish line. Not like how it was with me in Mexico 50m before the finish, but there are other examples, where the juice runs out two laps before the end of the race… Or you drive over the finish line and still have 5% battery, that would be bad too. Then you haven’t make the best of it. The optimum outcome is to have used up exactly 100% by the finish line.

At the third race of the season in Santiago, Chile, the outside temperatures were brutal: the hottest race in Formula E history so far! How do you deal with a hot battery? What can drivers do to save energy and avoid overheating?

In Santiago, we had an asphalt temperature of 65 degrees and an outdoor temperature of 40 degrees. I think every car will overheat at some point. The battery loses power at 72 degrees, and the car may just shut down at anything above that. If you overheat the battery, you come to a stop. 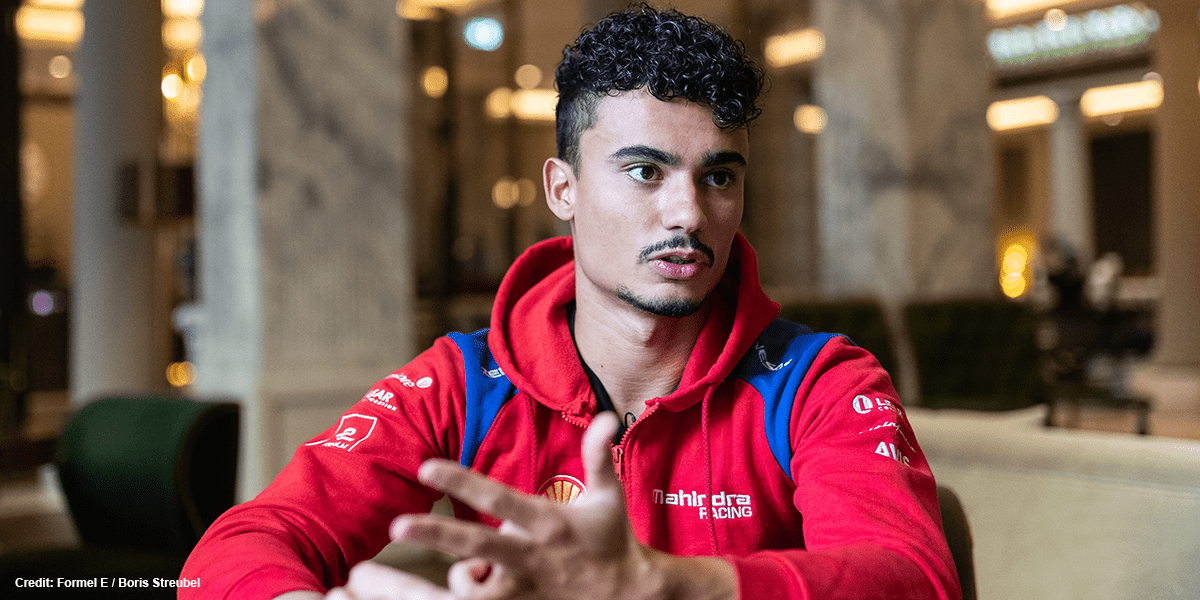 So you can hardly do anything to avoid overheating the battery?

Just don’t be so aggressive. Don’t come out of the corners at full throttle and let the tires spin. Don’t stay in the slipstream of other cars, because it will make the car a few degrees warmer.

Due to a doubling of the battery capacity compared to last year, the pit stops and vehicle changes are no longer necessary. Would it also be an option to introduce super-fast charging as a pit stop? Or battery replacement?

I don’t mind that we don’t have to pit anymore or have to change tyres like in Formula 1. I think in the end it should be the driver on the track who decides, and not the strategy of whether someone had a stop more or less. If you’re fast, you’ll end up in front. With Attack Mode you can use a bit of strategy with when you use it. You can do 1-2 positions well with it, but it will never be such a mega influence on the race and I think that’s good.

How does it look with you privately: Are you already driving electric?

No, I’m still waiting. I should get the first purely electric Mahindra cars at the end of this year.

So you still drive privately with a combustion engine?

Oh God, I’m even driving with diesel at the moment. I also have an e-bike, but I hardly ever use it. If I do sport, I’d rather do it fully.

We’ll make sure that you can at least glide across Tempelhof Airport in Berlin with an electric scooter. Finally: What are your goals for this season?

We’re in a good place in that we’ve always been competitive in the first four races and have always been able to keep up front. Hopefully, it will stay that way until the end of the season. Then I think, everything is possible and my first victory was already due in Mexico, but that, unfortunately, didn’t work out in the end in the last lap, which was very chaotic. We have the potential.

Maybe it will work out for you here in Berlin, just like last year for Daniel Abt. Does it make a big difference for you to drive in Germany?

Tickets for the Berlin E-Prix on 25 May are available at fiaformulae.com. On Sunday Eurosport will show the Hong Kong E-Prix live at 9 am.