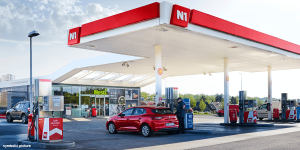 Reykjavík has decided to reduce the number of petrol stations in the city from the current 75 to 37 by 2025. The Icelandic capital initially wanted to achieve this by 2030 but has now brought the target forward by five years.

Mayor Dagur B. Eggertson explained that the City Council liked the initiative so much that everyone agreed to comply with a tighter deadline.  Last year, the Icelandic government announced a climate strategy to make the island state CO2-neutral by 2040. The measures also include a ban on new registrations of cars with combustion engines from 2030.

Further measures of the climate strategy also include a ban on new registrations of cars with combustion engines from 2030. In return, the government intends, among other things, to invest more in charging stations for electric vehicles and to expand existing subsidies for the purchase of electric cars.