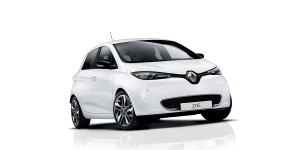 In Solihull, England, vandals struck an electric car-sharing venture by the E-Car Club. Due to “exceptional levels of damage” made to the 18 Renault ZOE hatchbacks available, they had to be taken off the roads and the car sharing initiative suspended.

Following discussions by the organisers and stakeholders, it was further “deemed too high risk to re-introduce vehicles into North Solihull.”

The electric car-sharing scheme was being operated by Cenex in partnership with E-Car Club (a subsidiary of Europcar) which had secured €1.8million (£1.6million) of European Union funding for the project. Vehicles could be hired starting at £3.50 per hour and £25 per day.

The project is not the first sharing transport scheme to have run into difficulties – Bike hire firm Mobike also pulled the plug on operations in both Manchester and Newcastle because of the high number of cycles stolen or vandalised.