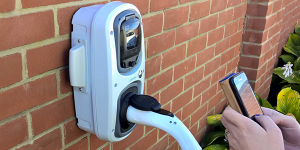 Starting on the first of July, all publicly funded chargepoints in the UK will have to incorporate smart technologies to keep costs down for consumers, as well as becoming greener, to eventually reach zero net emissions.

The announcement had initially been made last December, and stipulated that by 2019 all home charge points would be required to be “smart”. The idea was to encourage off-peak charging to place less of a burden on the grid, which will also keep costs down for consumers.

Government backing for home chargers provides customers with up to £500 for charge point installation. At the time, the Electric Vehicle Homecharge Scheme had shown the success rate of over 100,000 home chargers installations being supported, as well as the delivery of over 60,000 grants since the inception in 2014.

Now the initiative is bringing installation to the next level, as from July, only chargers with smart capabilities will be subsidized by the government. Michael Ellis, Roads Minister, stated as much in a comment to the press: “We’re in the driving seat of the zero emission revolution. Our new requirements for chargepoints could help keep costs down, ensuring the benefits of green transport are felt by everyone.”

Following the change, approximately 200 chargepoint models from 25 different manufacturers have been confirmed as smart enough to qualify for the subsidies. A comprehensive list of who and what is qualified can be found here.