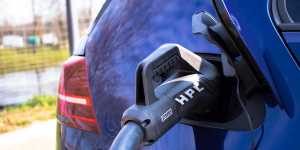 The French government is expanding its Advenir programme, launched in 2016, with the help of which more than 7,300 new charging points for electric cars have been financed to date. In the future, private charging points will also be subsidised.

As part of the innovations, the French government is now also subsidising the installation of charging points on condominiums with up to 50 percent of the costs with the aim of creating charging facilities on 3,000 condominiums by 2022. This was announced by the Minister of State for Ecology and Solidarity, Francois de Rugy, and the Minister of Transport, Elisabeth Borne.

In addition, the subsidies will be increased for municipalities which, at the request of users of electric vehicles, install charging infrastructure within a radius of 500 metres of the place of residence or work: To date, the Advenir programme has supported municipalities in this with 40 per cent of the acquisition and installation costs up to a maximum amount of 1,860 euros per charging point. This amount will now be increased by 300 euros to 2,160 euros per charge point. The French government is providing a total of 16 million euros for these two new measures.

There are already 230,000 electric cars and plug-in hybrids on the road in France, which can be charged at more than 28,000 charging points. In May 2018, the government, together with the French car manufacturers, set itself the goal of reaching 600,000 BEVs, 400,000 PHEVs and 100,000 publicly accessible charging points by 2022. Surveys show that every second Frenchman living in their own apartment can imagine buying an electric car soon – provided he can recharge it at home.