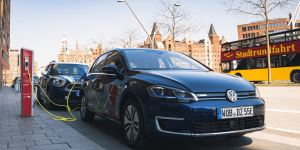 After 12-year-old Charlotte Smith from the English Solihull learned of the environmental benefits of electric vehicles, she took it upon herself to thank drivers for their environmental consciousness.

She began placing thank you cards on the cars, making it as far as Oslo, where she placed 513 thank you cards in only 36 hours. Even the Queen and the British royal family have recognized the efforts of the young lady.