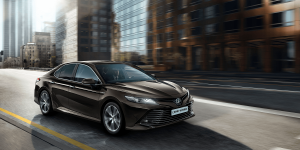 As hybrid sales rise, Toyota intends to localise the production of HEV components more strongly in Europe. Toyota Motor Manufacturing Poland (TMMP) will produce a second hybrid transmission (e-CVT) at its plant in Walbrzych from 2021.

Toyota’s TMMP plant in Waldenburg announced that it would not only add an e-CVT from 2021 to its existing production. The site will also be producing one of the electric motors that are integral to Toyota’s hybrid electric powertrain system. The hybrid e-CVT consists of a gasoline engine and two on-board electric motors. Typical for any HEV, it recuperates when the car slows down.

Together with earlier announcements and the latest 70 million euro investment, Toyota’s total investment in both its Polish manufacturing centres in Walbrzych and Jelcz-Laskowice will increase to approximately 1.2 billion euros. These plans are in line with the Japanese carmaker’s sales on the continent. Toyota Motor Europe’s (TME) hybrid vehicle sales continue to rise, reaching 52% of total sales in the first half of this year.

Therefore Toyota intends to localise the production of components for hybrid vehicles more strongly in Europe. Says Eiji Takeichi, President of TMMP: “Our Polish plants are increasingly becoming a key manufacturing centre for electrified powertrain components for low-emission hybrid electric powertrains in Europe.” The manager added that the announcement “marks an important step in the long term planning towards continued electrification of the Polish, and the overall European automotive industry,” for Toyota.

While hybrids may yet be enough in Europe, the regulators in China force Toyota to act more decisively. Earlier this month, Toyota made deals with both BYD and CATL to accelerate electric car production in China.

Globally, Toyota set the goal of increasing sales of electrified vehicles to 5.5 million units by 2025 – three times the amount in 2018. However, 4.5 million of these vehicles are to be made up by hybrids and plug-in hybrids, the remainder by fuel cell cars and battery-electric cars.