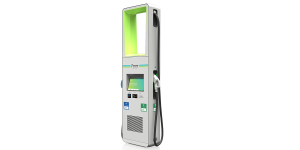 Pennsylvania Governor Tom Wolf announced that 34 cleaner energy projects would receive $8.5 million from the state’s share of the Dieselgate settlement with Volkswagen. According to critics, however, much of the money is going to fund new diesel vehicles.

The announcement focused on the acquisition of new school buses, public buses, garbage trucks, and electric-vehicle charging stations, however, the details reveal that only a single project will fund two new electric buses, while one third of the projects simply aim to replace old diesel vehicle with newer ones. Several projects also aim to swap in natural gas or propane vehicles, next to a series of EV charging and fast-charging stations installed across the state.

It appears that the decision was made due to unfamiliarity with the technology and cost issues, as Deborah Klenotic, spokesperson for the DEP clarified: “The [electric vehicle] technology is still uncommon and therefore extremely expensive.”

Criticism came quickly from the Clean Air Council, as staff attorney Logan Welde issued concern with the proposed lifetime of the new diesel vehicles, which would further postpone environmental benefits: “That really doesn’t help the young kids who are going to be on these buses, sometimes for hours every day,” said Welde. “These school buses that they’re buying now are going to be in service for probably 15 to 30 years.”

This also marks the second payment from Volkswagen’s subsidiary, as the state awarded $580,000 to six projects last year, four of which included new diesel vehicles. The high acquisition cost for electric vehicles and infrastructure was also cited as the likely reasoning here. So far, the state has spent just over 9 out of the $118 million awarded as a result of the Dieselgate settlement. That at least leaves some air for more progressive technologies in the next rounds.